The fairytale castletown of Monemvasia

Imbued in deeply rooted history whilst surrounded by endless sea, Monemvasia gives a warm welcome to those who have made the effort to seek out this hidden gem on the Peloponnesian eastern coast of Laconia. The significance of its name being that of ‘sole entrance’, one passes through the battlements into the ‘confines’ of this enchanting byzantine castle citadel, becoming at one with its colourful historical past. A labyrinth of cobbled stoned pathways will guide you through this destination that will leave you breathless with its time worn beauty.

Historical texts tell us that Monemvasia came to be as an aftermath of a cataclysmic earthquake dating back to 375 A.D. The city was first inhabited in 588 A.D. under Byzantine Emperor Mavrikos reign, by inhabitants of Spartan and Laconian origin who were fleeing invaders and Arab slave traders. Its prime geographical location made it an ideal target for several invasions that changed hands over the centuries, those being the Franks, Byzantine, Papal, Venetian and Turkish rulers. The citadel reachedits golden age as a significantcommercial gateway to Europe during the 14th century,skirting annihilation during the Turkish siege of early 17th century, only to resurrect after the war of independence, once Greek rule and freedom was re-established in 1821.

Having followed the one and only road across the sea bridge that unites the mainland to this rocky island we call the ‘Castro’ of Monemvasia, you are led through a heavy iron clad gate way.

That which is known today as the Lower Town’ is divided by a main thoroughfare that winds through the citadel stretching from one end of the town to the other.

The neighborhood of the nobility

From the main square a sinuous route will lead you to the ‘Upper Town’ following a natural stronghold strewn with local flora that imbues the air with aromas of sweet wild flowers. 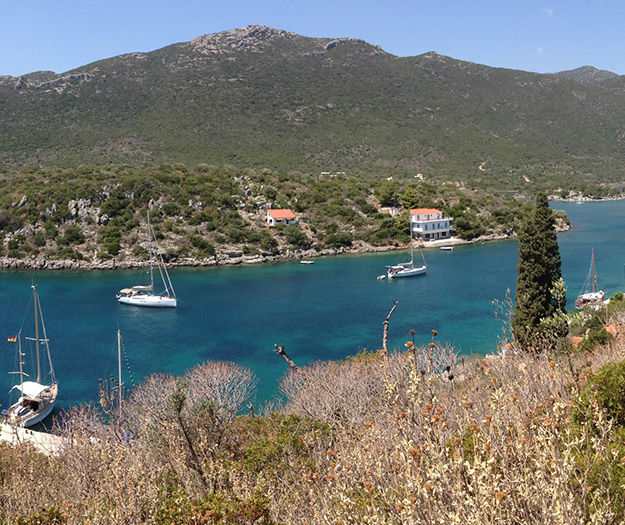 THE HARBOR OF GERAKAS

At a distance of a mere 30 min. from Monemvasia, the small harbor of Geraka holds a closely kept secret of astonishing beauty. The one & only fjord of Greece is located here at the southernmost point of Europe.

THE WATER MILLS OF TALANTA

30 minutes’ drive southwest of Monemvasia, at the picturesque village of ‘Talanta’ with its mountain gorge known as ‘The Balli Gorge’ still serves its traditional purpose of giving life to as a fully functioning flourmill.

Monemvasia offers a varied choice of beaches to visitors, both within the ancient castle citadel, on the very edge of its bastion walls or within short distances depending on one’s personal tastes of pebble or sand.

You can find out more about which cookies we are using or switch them off in settings.

This website uses cookies so that we can provide you with the best user experience possible. Cookie information is stored in your browser and performs functions such as recognising you when you return to our website and helping our team to understand which sections of the website you find most interesting and useful.

Strictly Necessary Cookie should be enabled at all times so that we can save your preferences for cookie settings.

If you disable this cookie, we will not be able to save your preferences. This means that every time you visit this website you will need to enable or disable cookies again.

This website uses Google Analytics to collect anonymous information such as the number of visitors to the site, and the most popular pages.

Please enable Strictly Necessary Cookies first so that we can save your preferences!